One thing that all 39ers—those who are Forever Young at heart—have in common, is optimism.

November is a great month for 39ers to usher in the Holiday Season, as it begins with deep-thinking Scorpio, and ends with the optimistic, party-hearty Sagittarians.

How can we not be optimistic, with shiny, festive Holiday ornaments and a brighter New Year on the horizon? [Anything beats the doom-and-gloom of the past months, as we struggled through an onerous election year!]

But finally, ‘tis the Season for fun and folly! Whether your birthday falls in November or December, we tend to treat both Holiday months as one big party. So is it any wonder that by January 1, we’re exhausted and ready to settle down, planning our goals and following our dreams? 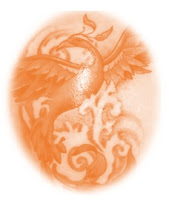 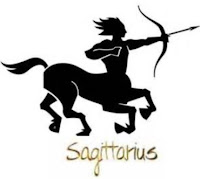 November 39ers have a special obligation to lead the way. From introspective Scorpions (Oct 23 – Nov 21) who provide the visions—and, by the way, are privileged with three (+) Zodiac phases of enlightenment/symbols: Scorpion, Eagle, and Phoenix—to the energetic, git-‘er-done and ambitious Sagittarians (Nov 22 – Dec 21), who will draw back their archer’s bow and make sure the New Year is on target. But in order to look forward, it is beneficial to review the past …

In the early weeks of the month, we danced in the streets to the Bee Gees’ bestselling album/soundtrack for Saturday Night Fever, even though the movie wouldn't release until December 14. Look for John T. again, for December 39ers!

By the latter half of the month, we saw a historic meeting between Egyptian President Anwar Sadat and Israel’s Prime Minister Menachem Begin, to forge a permanent peace settlement. Define permanent. For that matter, someone needs to properly define Peace!

November 1977 also brought us a connection between three ARPANET nodes that ultimately lead the way to establishing the Internet protocol.

On the fun side, people were popping out of cakes, The Godfather (1972) topped Gone with the Wind (1939) as the most popular TV movie, and Rolling Stone…The10th Anniversary TV special celebrated the venerable magazine’s first decade—and I liked it better then, when it stuck to entertainment news.

In every generation, November is a month of thanks and humble gratefulness, as it leads into the world’s most compassionate season of the year.

This month, my dear November 39ers, be especially thankful for what you have—not the material world of things, but in your heartfelt world—family and friends, however many or few they may be. Each one, from the youngest to the optimistic 39ers, deserves your appreciation.

Posted by LinDee at 8:46 PM No comments: