Late is a State of Mind

And the state of my mind is absolute chaos … obviously, as I try to play catch-up, with the blur of past two weeks-plus …

39er Fitness and Fun
For your physical and mental health to remain young … know when it’s time to take a break. I meant to write a quick “Be back soon with April’s article …” before taking my break, because I’d simply run out of time. But time is an elusive creature. So here we are on the 19th of the month. No excuses … but …

As life will often do … while the past week’s glow from a fantastic five-day hiatus at San Diego’s harbor area began to fade into daily routine, I was struck with another time-sucking event. Unfortunately, this one wasn’t as much fun.

Details unnecessary, suffice it to say, back at home while simply parked at the curb basking in the Spring sun, my cute little PT Cruiser was struck by a big ol’ mean SUV. It is now facing a “totaled” insurance designation and a salvage title. Sigh.

An integral part of the 39 and Holding Club is ATT-i-tude. In all the emotional events of life, attitude is so important. Am I angry? Frustrated? Sad? Of course. But channeling anger and emotion into my work while I deal with mundane issues of the accident’s aftermath, is crucial to dealing with it in a positive way. I credit my parents for the ability to do so, and believe that remaining positive helps anyone stay “39 and Holding” … with a smile. (Ok, it might be a forced smile, but I’m working on it!)

Because this intro is rather long and will have such a short life span (less than two weeks), I shall be brief with the rest, while offering an apology to all the April 39ers. Let’s party on … 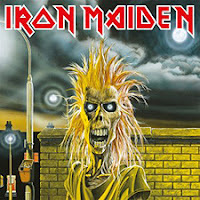 After regaling us with their spirited, energetic, often flighty personality Aries (March 21st – April 19th) turns the month over to reality-based and earth-bound Taurus (April 20th – May 20th) as we celebrate Earth Day (22nd). The pragmatic sign guides us firmly into the rites of Spring.

Aging with ATT-i-tude Platitude
The tragedy of life is not that it ends so soon, but that we wait so long to begin it. ~ Educator, W.M. Lewis. 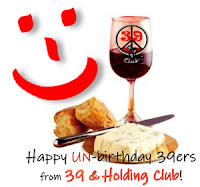 Posted by LinDee at 5:27 PM No comments: