Shhhhhh, don’t tell anyone … but it’s only three months until Christmas! Argh!

In September, we dutifully succumb to The Season. Kids of all ages return to school, starting it off with a flurry. From now through end of the year, there is a key activity or holiday that punctuates every month. It goes like this:

September – Major buying month, even if you aren’t of school age, because hey, the sales are great! And admit it—you’re already subconsciously “checking your list.”
October – Owwwwooooo! Don’t let the goblins get ya as we gear up for Halloween magic and madness.
November – Be thankful for everything you have, have had, or will have. Or, just be grateful you made it to another Thanksgiving and honor the memories of those you love, who didn’t.
December – Well, we’ve failed to make this once-reverently festive month “politically correct” so I say, do what makes you feel good. Whether you’re Christian, on which Christmas is based, or celebrate for other reasons, it should be a Season of charity toward all, as we plunge head-long into the New Year.

First of all, none of them are as old as I am. So shut up. Secondly, what are we all about here? So, shut up AND remember, you’re only 39 AND HOLDING! Pat yourself on the back and raise a glass for making it to another year as you peruse the rest of the month’s fun for ya-all … 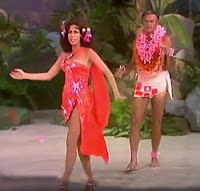 Keeping you young, and thinking back to your youth … as all good things must end, The Carol Burnett Show (CBS 1967–1978) wound up its final (11th) year with a poignant, yet hilarious-as-always show.

Do you remember Carol Burnett? You’ll surely recall the family friendly show with regulars, Vicki Lawrence, Lyle Waggoner, Tim Conway, Harvey Korman, and a continuous string of famous irregulars. Are you smiling yet?

If you have never seen her earlier shows … give yourself a birthday treat and check out a few YouTube offerings. They may be shows of yesteryear, but their topics are as relevant today as ever.

In her heyday, Carol (now a vivacious 84) was the queen of slapstick comedy, yet she always brought an element of humanity to her show, encouraging us to be better people. Want to see for yourself?

The Zodiac realm celebrates Virgo’s perfectionism and Libra’s gentle sense of balance, both formidable and lovable … fairly parallel to the Holidays, don’t you think?

Before we charge headfirst into turkey legs and mistletoe, this month is a great time to reflect on the past eight months … or the last eight years … or all the Septembers of your life … not only for our own 39ers, but consider it practice for everyone’s New Year’s resolutions. This is your last chance to give the present an overhaul, before it becomes the past, and portends your future.
Then … let’s PAR-tay!

Ever wonder why so many September 39ers love blue? With the sapphire as their gemstone, what could be more natural? Although ... "sapphires" do come in other colors. Feel special, September 39ers – make it a day, weekend, or whole month filled with balloons and Morning Glories.

Aging with ATT-i-tude Platitude
If someone tells you that you cannot do something and you believe it, they are right. [So true at any age ...]
~ Carol Burnett; famous funny-woman and entertainer extraordinaire.

Posted by LinDee at 4:25 PM No comments: