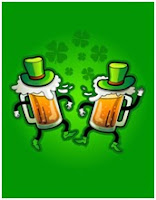 Marching Arm-in-Arm Down the Aisle

Ah yes, March 39ers – we made it to the month when wearing green is cool and Guinness makes more $$ than any other month of the year.

Pensive Pisces (Feb 19-Mar 20) and airy Aries 39ers (21st thru April 19th) are proud to march through the month to their own drumbeat. But smart couples fresh off the Valentine cruise, will march down the aisle in March and save a small pot o’ gold.

Considered an “off” month for weddings, it was still no surprise when the young couple in our family announced their engagement at Christmas, and impending nuptials in March. Why? 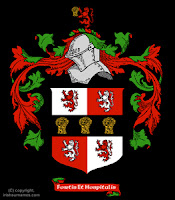 After all, with their most common clan name of Murphy, what better month to share family hugs and lots of Irish kisses? No doubt, the reception will see a Guinness or two toasts, with twisted tongues.

But there is much to celebrate before and after the popular Celtic holiday … feel free to explore …
But wait! There's more! »
Posted by LinDee at 1:36 PM No comments:


Standard Membership-$5.39 (Year of birth not required. Call for quantity 5+.)