If you have to ask “What does it mean to ‘age with ATT-i-tude’?” then you’re too young to understand. So for the rest of you … read on for some encouragement that the excitement of life doesn’t end at 40!

I began writing for dollars in my late 40s, inspired by a Writer’s Digest cover article, “Writing Life Begins at 40.” (I even framed it for daily inspiration and would show you, but ... well, after 3rd move, it's MIA.)

Taking that ode to 39ers to heart, I soon began writing for regional magazines and culminated the working stiff life as an author advocate in book publishing, some twenty years later. My writing life however, continues unabated. 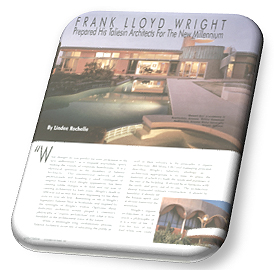 During my magazine days I was very fortunate to interview several disciples, students, and colleagues of the famed architect, Frank Lloyd Wright. They confirmed the oft-written observation that Mr. Wright created some of his best works after the age of 70. [Check out Artsy for a great place to peruse, enjoy, and purchase Frank Lloyd Wright art.]

Wright’s famed home and architectural laboratory, Taliesin West in Scottsdale, Arizona, is an incredible, constant work of art which sparked his imagination in his 70th year. He began creating New York City’s Guggenheim art museum in 1943, at 76 years old, and it officially opened six months after his death in 1959.

For further encouragement, dear 39ers, enjoy some quotes and links from 39AHC members and my never-ending quest for that which keeps us forever young.

On Joining 39AHC – 39er Susan B.: When my mother died she was relatively young and someone asked my best friend [who knew mother well] how old was she when she passed. She began to tell them, then paused and said, "She was 39 and holding for as long as I knew her...until the day she died!"
So I always joked that when I get older, I was going to be 39 and holding - never turning 40 - when I came across your Club I fell in love with the concept. My husband thought it was hilarious and it gave him a chuckle that I actually became a card-carrying member!

Morrie Markoff, a former machinist [turned sculptor], had his first art show last year [2014] at the age of 100.

Culled from Business Insider’s 100 Amazing Accomplishments at Every Age* & other great lists
At 39 [and Holding!], Sharon Sites Adams became the ﬁrst woman to sail alone across the Paciﬁc
Ocean (1969).

At 42, Kareem Abdul-Jabbar became the oldest regular NBA player.
At 55, famed actor and former two-term US president, Ronald Reagan was elected to his first public office – as California’s governor; and president at 70.
At 57, Frank Dobesh competed in his ﬁrst 100-mile bicycle ride — exactly 10 years after he was diagnosed with an inoperable brain tumor.
At 62, J.R.R. Tolkien published the ﬁrst volume of his fantasy series, "Lord of the Rings."
At 65, Harland “Colonel Sanders” started lickin’ his fingers over Kentucky Fried Chicken and became the string-tied chicken mogul we know and love.

At 72, Margaret Ringenberg, WWII ferry pilot, ﬂew around the world (1994).
At 80, Yuichiro Miura, a Japanese alpinist, became the oldest person to climb Mt. Everest (2013); his third time breaking the record.
At 81, Benjamin Franklin effected the compromise that led to the adoption of the U.S. Constitution. 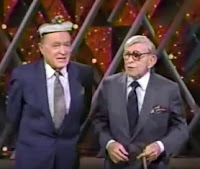 At 94, comedian George Burns performed in Schenectady, NY, 63 years after his ﬁrst performance there. “Nice to be here – nice to be anywhere!”

More great links to explore:
AARP – Things to Do at Least Once, Maybe Twice, When You’re Over 50
Better After 50 – No Undies: Is Commando the New Black?
CNN – Famous Folks Launched Careers after 50
Hollywood Reporter – Revenge of the Over-40 Actress
Museum of Conceptual Art – Things Other People Accomplished When They were Your Age
New Retirement – Age is Only a Number: Amazing Accomplishments by 70, 80, and 90 Year Olds
The Retirement Café – Fun Things to do When You Retire
Wendy Fontaine; writer, mother – 40 Things I Can Do at 40 That I Couldn’t Do at 20