Electing to Spice Up October 39ers

In the immortal words of Nobel Prize winner, Bob Dylan, “The Times They are a-Changin’”!

A world without change is a stodgy society with its head in the sand. If you’re here, then you are certainly not one of ‘em! We Boomers (and if you’re not a true Boomer, that’s OK, you’ve earned your attitude stripes) were definitely un-stodgy in the Sixties, Seventies, and Eighties, and we’re not about to start now.

In recent years we’ve been blamed for everything from nuclear war to the millennials’ apathy. While we certainly had a hand in, and often led the discussion on, many changes that have been made to this great country—good and bad—we are hardly the sole proprietors of blame. (Rarely are we praised.)

ATT-i-tudes need to change. Boomers have been trying to pass the leadership baton for decades, but our descendants seem reluctant to grasp the enormity of the need for them to STEP UP and do something about the ills and ignorance of politics that refuse to change with the times. When millennials did grab the baton they voted in our current president—that sure went well!

We started the dialogue fifty years ago—we never said we’d finish it! Remember, we were young in the beginning, and we made some great inroads. But additional change needs to be fundamental—we are stifled in antiquated laws and layers of politically correct BS. 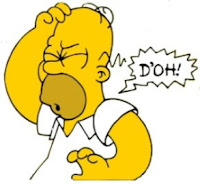 And judging by the condemnation on all sides in this election, fueled by the media, the general public wants to dredge up everything from birth about all candidates, and anyone who comments about them. Obviously, we’d like our leaders to be above moral reproach—that concept is completely unrealistic. They’re human—we’re human—you’ve never said or done something you wish you could take back?

The problem now, is once “out there” these days, it NEVER goes away. As Boomers, we’re likely to forget which planet we’re on—and you want us to recall that we dissed you in 1969?! Talk about haunted. Memories, and the importance of them, is highly subjective. Move on.

Unfortunately, humans are stupid. However, change also comes with age. Thank goodness. Or at least, it should ... the whole purpose of learning is to change, utilizing our newfound information … right? Right?

The inexperienced and morally judgmental young’uns are content to talk trash on Twitter and Instagram from the safety of their favorite seat at Starbucks. I, for one, would have been thrilled to see a younger, qualified person run for US President this year. Thoughtful, innovative approaches and a willingness to collaborate for change, would have been a breath of fresh air in the 2016 election field.

Alas, our youthful options were nothing more than mini-Boomers, perpetuating outdated strategies, with no solutions for inventive change. Once again we’re forced to vote for ineffectual pomposity with alarming baggage, or the unknown with an opulent ego—take your pick.

So go ahead—blame us Boomers—we don’t care anymore, we’re retired (or trying to be). But remember, you’ll be our age someday too, and everyone will blame you.

Hey, I’m no politician and you didn’t come here for a bitch session—something else we Boomers know—venting is OK, so long as it’s civil. I’ll leap off my soapbox now or rather, hobble off, and get on with your October UN-birthday fun.

Yes, I’m more than a little late with this month’s 39ers UN-birthday salute. But I’m not afraid of change. It’s in the air and belatedly wafted over my way … this month begins a new and hopefully, welcoming format to help you enjoy the changes your body, soul, and mind experience as we AGE with ATT-i-tude!

If you’re a 39er a few times over, you know how much the Holiday Season has changed since our parents were thirty-nine. My holidays, for instance, smelled heavily of pumpkin—and not on just one festive day. My mother was a baking fiend. 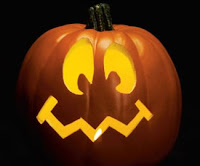 We ate pumpkin everything for three straight months … pumpkin pies, pumpkin cookies, pumpkin-spice cake, pumpkin bread, pumpkin pancakes, pumpkin cupcakes … and don’t forget the cinnamon! None of it came from a box. Mom cleaned out the pumpkins’ meat, and dad helped us carve funny faces into the emptied Halloween symbols.

But the world has changed … nothing is baked from “scratch,” and we’re way too busy to scoop out pumpkin meat and pick out the seeds. We are resilient and innovative, however, and still find ways to spice up the Holidays to suit our lifestyles.

October 39ers know the value of nostalgia and how to apply it in today’s world. Enjoy the moments … again!

39 Years Ago this Month ~ October 1977 …
October 10 – Are you a Ronnie Milsap fan? Did you watch his big year of CMA accolades? Ronnie took Album of the Year (Ronnie Milsap Live), Entertainer of the Year, and Male Vocalist of the Year. Sweet.
October 20 – A moment of silence for three members of the Lynyrd Skynyrd band who were killed in a plane crash this day, along with their assistant road manager and both pilots. Their music lives on!
October 28 - British rock band Queen releases the album News of the World and we became their Champions!

October UN-birthday buddies split their astro time between Libra and Scorpio … You would think Libra’s (09/23 – 10/22) gentle sense of balance and order would clash with Scorpio’s (10/23 – 11/21) intense and pulsing passion. Au contraire, mon cher. They thrive on each other’s qualities for a rollicking good time!
Libra: This month heralds a whole year of great things happening for you! Look for the opportunities and take your advantage.
Scorpio: Is it time to get back to your exercise regimen? Start now—it’ll help ward off Holiday sweets-gain! (P.S.: Finances may take an upward turn through mid-November. Cool.)

October Aging with ATT-i-tude Platitude
Once you hit that 39 and Holding stage of life, there will come a day when you begin to notice slight changes—a twinge in your back for no reason, a true “mature” thought that came without effort, an intangible yearning for inner peace.

From Better Living—“10 Ways to Stay Young”:
“A posture change is a common symptom of age; the torso bends forward. Because we spend so much time sitting, muscles that support the upper body weaken, so we sag forward at the hips. Instead, concentrate on walking with your pelvis out and shoulders back; that will make you look and feel younger.” 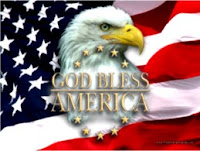 When you realize your mental and physical twinges are not isolated incidents, but daily visits—congratulations! You’re truly “one of us.” Trust me, it’s a good thing.

In an election year, “freedom” is bandied about like a badminton birdie. But when you’ve celebrated more than a few 39 and Holding UN-birthdays, each day is another stride toward freedom within. It’s the liberty that truly counts.