October 39ers Spice up the Party!

Look no further than a fun-loving but seriously intelligent October 39er to spice up your birthday or Halloween party. You won’t be disappointed and you just might learn a thing or two. 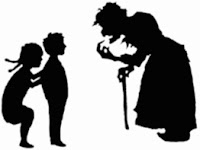 Yes, with October, we’re nearing the end of another year. Don’t despair 39ers, or retreat into a funk. Remember, as we elders used to say, “Life is Just a Bowl of Cherries…”

OK, I always hated that line, but I’ve learned what you can do with the pits in October! Rub ‘em with olive oil, throw them into a bowl covered with a black cloth—then tell your Halloween party guests to stick their hand into the bowl of witches’ eyeballs for great luck in the New Year! “Come here, my little pretty …”

39 Years Ago this Month ~ October 1978
October 14: Are you a microbrew beer fan? You owe your allegiance to former president, Jimmy Carter! It was this month in 1978 that with a flourish (and who knows, maybe even with a stein at his elbow), he signed into law (taking effect in 1979) the bill that allowed homebrewing of beer in the U.S. Bathtub beer has only gotten better in 39 years!

October 25: What better way to celebrate Halloween than with a movie that made a star of original “scream queen,” Jamie Lee Curtis? Yup, Halloween the movie (and long franchise), debuted this day 39 years ago … look for another one for 2018’s Halloween!

For 39ers who Follow the Stars …
October UN-birthday stars, Libra and Scorpio, seem on the surface, to be complete opposites … you would think Libra’s (09/23 – 10/22) gentle sense of balance and order would clash with Scorpio’s (10/23 – 11/21) intense and pulsing passion. Au contraire, mon cher. They thrive on each other’s qualities with nearly matching high intellects that spark some wild-n-crazy conversations!

Libra: Getting past the first two weeks of rough-and-tumble October may be tough; but ride it out to a productive end of the month that may have you changing your life focus by Halloween. Let the Holiday parties begin!
Scorpio: Scorps don’t get off scot-free in early October, either. It seems the Full Moon is forcing us all to let go of something. Don’t be afraid. Just do it. And take heart, by mid-October, with a clearer mind, you just might be able to take advantage of a rare smooth road to success.

Aging with ATT-i-tude Platitude
Beautiful young people are accidents of nature, but beautiful old people are works of art.
~ Eleanor Roosevelt (1884 – 1962) former first lady; politician, diplomat, and activist in her own right.

The Wordy Witch of the West