Spirited Aries is leaping up and down in Springtime jubilance, while Earth-bound Taurus yells, “Quit jumping all over my petunias!” Welcome to April! Happy UN-birthday 39ers. Do you recall …
39 Years Ago this Month ~ APRIL 1979
April 1: If you claim to be a toddler 39 years ago … who are we to question it? Surely you recall this day when our favorite long-running TV station, Nickelodeon, hit the airwaves? Well, to be fair, it had been broadcasting for a couple of years as the Pinwheel Network. The name was easier to spell, but not as charming. Rebranding to Nickelodeon paid tribute to the first five-cent movie theaters of the early 1900s. Wow. Even I wasn’t around back then. 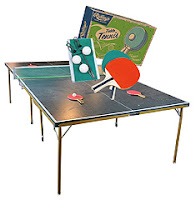 Apr 13: Remember ping-pong? Yes, it’s still around, and is even an Olympic sport, but game snobs call it table tennis. Back in the day, though, it was the family game for spring and summer. No self-respecting game room or garage was without a big ol’ green table. Speaking of family, the Guinness Book of Records (as it was known until 2000) says an April 1979 ping-pong match still holds the longest doubles record. Sacramento, California brothers Phil, Lance, and Mark Warren with friend, Bill Weir, spent 101 hours knocking that little white ball around! Now that makes it an extreme sport for me.

April 24: A treat for 39ers who long for “real” Rock ‘n’ Roll. Pioneering punk rock band, The Ramones, formed in 1974, threw their fame into high gear in the limelight of 1979’s musical film, Rock ‘n’ Roll High School. Centered around a fanatic fan, the band was the subject of her ultimate desires. Already gaining creds in the industry, The Ramones boosted their status as retro innovators, taking Rock back to its roots. Let’s sing along! ♪♪"We need change, and we need it fast / Before rock's just part of the past / 'Cause lately it all sounds the same to me" ♪♪
(“Do You Remember Rock ‘n’ Roll Radio?” recorded 1979, released May 1980.)

For 39ers who Follow the Stars …
Aries (March 21st – April 19th) turns its spirited, energetic attention elsewhere mid-month, as we welcome reality-based Taurus (April 20th – May 20th) to help us celebrate Earth Day (22nd). The down-to-Earth sign guides us firmly into the rites of spring.

Aging with ATT-i-tude Platitude
Laugh, love and live voraciously, because you’re the oldest you’ve ever been and the youngest you’ll ever be again.