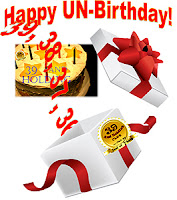 March Doesn’t Stop After the 17th! 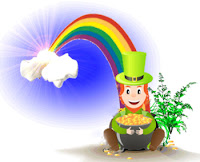 With St. Patrick’s Day smack-dab in the middle of the month, much of early March is prepping for parties and searching for little green men (leprechauns), a pot o’ gold, and your heritage, for a smidgeon of Irish. Which most of us have, no matter where we’re from; or at least that’s what we’re going to claim.

Why? Because everyone loves a party! While we certainly don’t want to stereotype anyone, I can speak from family experience (starting with Grandpa Connelly) that the Irish can party with the best. Just don’t want to make it your worst! Let’s create a fun new memory, not a viral meme.

If you’re a new 39er, ask your parents if they remember …

39 Years Ago this Month ~ MARCH 1979
March 10: What craziness is this?! Legendary Soul/Rocker James Brown performs at the iconic Country venue, Grand Ole Opry! Per a Rolling Stone flashback article (2015): “Brown would later insist that he was a lifelong country music fan and that he had been ‘treated like a prodigal son’ during his Opry appearance, considering it a high point of his entire career.” …RS referenced the Augusta Chronicle “… which once quoted Brown as saying. ‘Country music really is just the white man's blues.’”

March 14: Many Broadway musicals have attempted film adaptations but when big screen audiences flocked to the release of Hair  in theaters, its anti-war premise was as relevant in 1979 as the height of the musical’s popularity in 1969. The title song hit radio charts where it landed at #5 on Sacramento’s KROY Top 60 (May ’69). The writers and composer of the Broadway musical were not pleased with the film adaptation and still maintain that an acceptable big screen version of Hair has not yet been written.
March 19: No one had heard of “fake” news in 1979. Doesn’t mean it wasn’t there. You want real news? Noting the need for news direct from the horses’ mouths, C-SPAN, Cable-Satellite Public Affairs Network, based in Washington D.C., debuted on this day 39 years ago. Get the scoop—go there!

For 39ers who Follow the Stars …
Pensive Pisces (Feb 19-Mar 20) and airy Aries 39ers (21st thru April 19th) march grandly through the month, step-dancing to their own drumbeat.

Lighten up Pisces it’s your month to party! You feel everyone else’s pain; but there is only so much you can do. Empathize or sympathize, whichever is your strength, then take care of yourself.

While we appreciate Pisces’ help, let’s applaud the valiant and audacious Aries—always ready to grab the bull by the horns. With success the likely outcome, we can forgive their extremes and enjoy their energy.

Aging with ATT-i-tude Platitude
May your troubles be less, your blessings be more and nothing but happiness come through your door!
~ Sláinte!

One thing we Irish know, is how to play! Balance your work with play and lots of laughter, because … Age is a number … LIFE is ATT-i-tude!TM 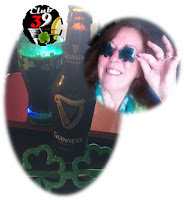 Happy St. Patrick’s Day … and beyond!