Marching through the Ides of March 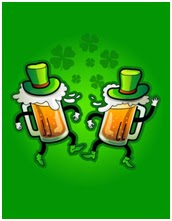 Not to slight my Irish heritage, but I like to shake things up and there are other important, yet lesser known commemorations in March: First Day of Spring (20th) and Palm Sunday (29th) of course, but let’s not omit …

Yummy! Oreo Cookie Day (6th); 39AHC’s most special As Young as You Feel Day (22nd); and every single-family dwelling resident’s fave (this one’s for you, Ron!), Weed Appreciation Day (28th). *Yes, these are real and “official” celebrated days.

All right, Club 39ers, now that we’ve set the scene, let’s get on with March birthdays!

A hundred wishes for your fishes, Pisces, as you swim out of the picture, leaving green St. Pat’s colors in your wake. The rest of March (21st thru April 19th) ushers in fiery and headstrong Aries, ready to conquer the world.

Do you know that March starts on the same day of the month as November, every year? It’s true! And since the month’s name was derived from Mars, the Roman god of war, it’s no wonder our dear Aries are so feisty!

What better flower for March than the flashy yellow daffodil? (Hint: frugal buyers of March birthday gifts – lots of daffodils grow wild!) A handful of daffodils will tell your March 39er your love for her / him is unequaled.

Soften a March heart with a pale and pretty aquamarine birthstone, one of two gems for the month; or match the Aries passion with the ancient bloodstone!

And bet you’ll never guess how old Jim Parsons (Big Bang Theory’s quirky Sheldon Cooper) is on March 24th. (No … older … no, older … give up? OK, look below!)

*Thank you for the Special Days, Brownielocks!
(Jim is lookin’ pretty good for 42, huh? That’s what thinking like a 39er does for ya!)
Posted by LinDee at 1:54 PM