Argh! How did we get to August already? Well, as much as we love our summer splashes and BBQ blasts, let’s hope the Dog Days of Summer go quickly! Not without a party or two, of course. Happy UN-Birthday, 39ers! 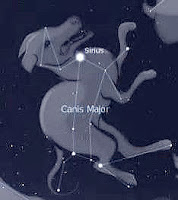 Aligning with the rise of Sirius, the brightest star in Earth’s night sky and a prominent star in the Canis Major constellation—get it? “Canis” as in “dog”—August has earned its Dog Days of Summer status. Even the ancient Greeks recorded its “heat, drought, sudden thunderstorms, lethargy, fever, mad dogs, and bad luck.” Wow. That about sums it up!

Though interesting and great party-talk info, enough ancient history and astronomy. It’s time to feature the happenings of that timeless age, only …

39 Years Ago this Month ~ August 1978
Amongst the spy novels that have always been popular, August 1978’s bestselling books also included two tomes that explored the human psyche in very different ways:

The World According to Garp (John Irving), and popular columnist, Erma Bombeck’s If Life Is A Bowl Of Cherries, What Am I Doing in the Pits?

With feminism in full fever, Irving hit a nerve in his rather dark story of life events, as relevant today as they were fresh, exploratory, and antagonistic, then. The action in his first bestseller begins with a feminist nurse who yearns for a child but shuns marriage, and her extreme lengths to become pregnant. Enter son, T.S. Garp …

Irving is a masterful writer; and as in many writers, his prose often reveals bouts of inner disturbance, encircled by genius insight.

On a lighter note, for decades the illustrious Ms. Bombeck led many a lady to love her witty, astute life-tips. Beginning as a humor columnist, engaging us with the eccentricities of family absurdities, complete with dog, Bombeck’s books take life a little further into our psyches, and strikes a nerve of a different color than Irving …

Trading on the then-trending adage, “Life is just a bowl of cherries,” Bombeck’s book regales us with life-bombs to which we can still identify. “I’ve always worried a lot and frankly I’m good at it,” admits Bombeck. “… I worry about scientists discovering someday that lettuce has been fattening all along. But mostly, I worry about surviving. Keeping up with the times in a world that changes daily. Knowing what to keep and what to discard. What to accept and what to protest. Never, in the history of this country, have worriers had such a decade as the seventies.”

Ah … well … if only she could see us now! We still just worry about surviving. But YOU, August 39ers are celebrating another UN-birthday—proof of survival!

Wielding boisterous words with a Gladiolus stalk like the “sword lily” your birth month flower is, Leos command attention, taking your slice of summer life to the hilt.

Virgos, seeking something a little more sedate? Try a trip to Arizona for some Peridot hunting! As famous for its gem quality as Arizona is for its desert.

It’s easy to believe stories of the Peridot’s magical powers and healing properties, as the bright green birthstone mesmerizes with its multi-layered cool, green depths.

Aging with ATT-i-tude Platitude
As a graduate of the Zsa Zsa Gabor School of Creative Mathematics, I honestly do not know how old I am.
~ Erma Bombeck; 1927 – 1996, humor columnist/author.