Another 39 and Holding “milestone” birthday looms on my near horizon, so in my inimitable way of dealing with it (or not), I’ve been rethinking the 39 and Holding Club and website.

As a “club,” it will likely stay as-is, with just a fun, laminated “official” card and a cheeky host of logo items for sale. We’re here to remind you that life at any age should be a humorous adventure, not to make a million bucks (though of course, I wouldn’t turn it down). Nor do we want to make you all weepy or worried about the vagaries of old age.

However, it’s been a little light on substance. The categories I’ve played with each month are fine, but I want 39 and Holding Club to offer insights and assistance to Aging with ATT-i-tude. Not just fluff.

There will still be nostalgic music and entertainment events in history, ‘cause … well … music simply makes people smile, and who doesn’t love being entertained?

To give it some perception and depth, a new category will serve as the monthly article lead-in …

👉NEW 39er Fitness and Fun
Fitness and Exercise Rules That Change After 50
This article presumes you’ve been into weight training or some type of regular exercise. Uh-huh. Ok, well, if you are, the rules are changing. For instance:
“Old Rule: Stretch a few days a week (after exercise).
New Rule: Stretch after every workout, and then some.”
Sound advice for whole body health by recognized experts, even if you are just thinking about exercising.

Getting funny bits from the funnies: Garfield turned the big 4-0 this year (June 19) and as he says, “Aging well is the best revenge.”

Turning 40 can be traumatic … if you let it. As one of my favorite go-to comic cats over the decades, Garfield has kept aging in perspective, since his inception in 1978. Do visit his delightful and insightful site!

I may harp on Aging with ATT-i-tude like Garfield on steroids (!), but according to a molecular biologist and health psychologist, there is more to it than we know. In the article, The Secret of Aging and How to Slow It Down, you’ll learn how ATT-i-tude affects your molecular makeup. Love yourself and live longer, well. 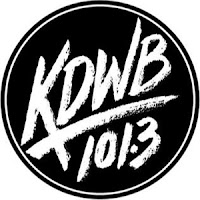 September: KDWB-FM/Minneapolis, Minnesota had enough of their ankle-biter Top 40 AM little sister, switching to album-oriented rock as "K101," which didn’t last long. By early 1980 it started a morphing run that ran the decade (and likely confused its listeners).

September 7: ESPN all-sports channel, the man cave’s reverent alter, hit the history books as the first cable TV channel to run on a 24-hour format. Marriages worldwide have not been the same since. You can thank out-of-work Bill Rasmussen (in 1978), and his son, Scott, ladies. Let the football season begin! 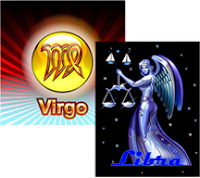 For 39ers who Follow the Stars …
Virgo (08/23-09/22) leads off the month and they’re in control! Listen up world, a Virgo mind is sharp and focused, but this month they dominate … home, business at least ‘til the 21st, while fleet-footed Mercury is stepping through their sign.
For Libra (09/23-10/22), breathe a sigh of relief, as everything gets back to normal (whatever that is) at home. You’ve been in upheaval, but according to the stars, even your finances will straighten themselves out. Enjoy your birthday!

Aging with ATT-i-tude Platitude
“Pain is mysterious, and having fun is the best way to forget it.”   ~ Dr. Shigeaki Hinohara (1911-2017); Japanese physician.

Are you a 39er this month? Feel free to share your UN-birthday comments below (click on Comments or if it says No Comments, click that to be the first) and tell us how you really feel about your age and aging. Keep the stories coming!

Email ThisBlogThis!Share to TwitterShare to FacebookShare to Pinterest
Labels: 1979, 39 and holding, 39 years ago, 40th birthday, aging gracefully, aging with attitude, blast from your past, boomer birthday, Garfield, libra, Virgo